An invigorating morning walk along the South Platte River with an iPhone.

Today’s hot chocolate is going to be quite good!

I hope you enjoyed the pics.

On The Keyboard Again

Hmmm... I seem to have forgotten how to code. Nonetheless, we'll see if I can come up with something.

Fall has been warm, and we could use some precipitation, although it's been mountain bike heaven.

A change is in order; I wonder if these bighorn ewes could sense it?

Several days later, a handful of little Fahrenheits, sporting their finest smirks, set a new record low temperature of 8 degrees, beating the old record of 22 by 14 notches. Then, most leaves lost color and dropped.

That's it for now.

We arrived midday and had a beautiful afternoon ride. It was crystal clear all afternoon — no wind, no thunderstorms, dry trails, and lots of wildflowers. The following pics were shot from the Upper Lower Loop trail. 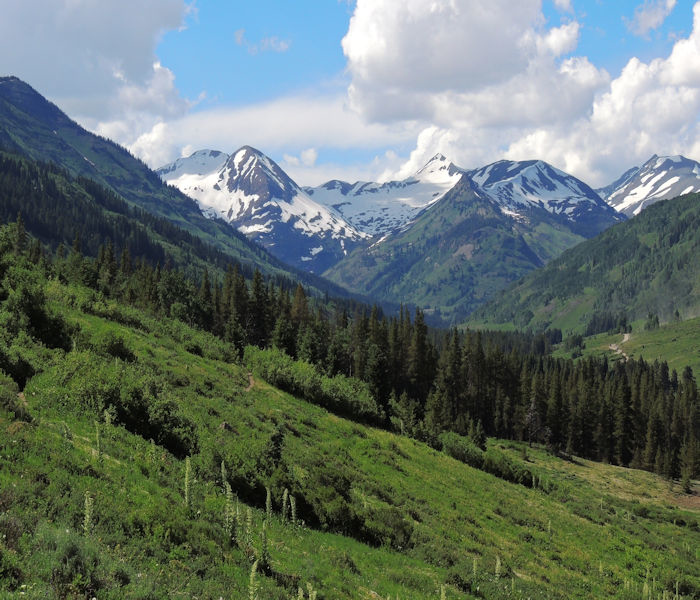 Crested Butte is considered by many to be the wildflower capitol of Colorado. Perhaps. Several hours to the southwest, in the San Juan Mountains, are some pretty awesome wildflower beds as well. Nonetheless, Crested Butte’s flowers are spectacular.

Below is Mount Crested Butte from the Slate River. We were riding the Lower Lower Loop trail, which begins in town and heads toward the snow. We didn’t have the time to ride to the snow, but it was close. Mount Crested Butte touches the sky at 12,162 feet. 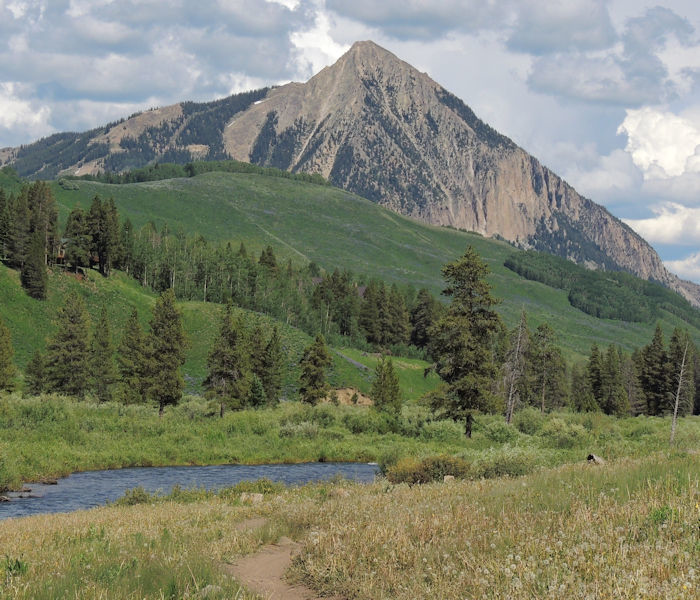 In the background and several ridges over is Gothic Mountain, rising to 12,625 feet. It towers over the Rocky Mountain Biological Research station and the East River. 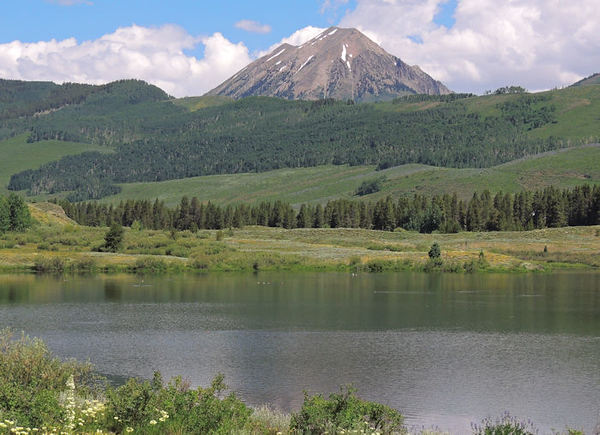 Adios
Posted by Lee Zard at 7:30 PM No comments: