Sandstone Dreaming
What can I say? I grew up amongst the stuff. I miss it.

Catching a bit of weather, four major towers from the Fisher Towers group are shown in the following pic. Left to right rise Kingfisher, Echo Tower, Cottontail and the Titan. In short, big leagues climbing on dangerous and difficult mudstones with a colorful climbing history. Look them up.

I've previously posted the following pics along the way in one form or another. Since the Moab mountain bike and hiking season begins a little over a month from now, I thought it all right to have a little tease post of one of my favorite regions. Let's start with the Onion Creek area of Professor Valley. I hope you enjoy the pics. 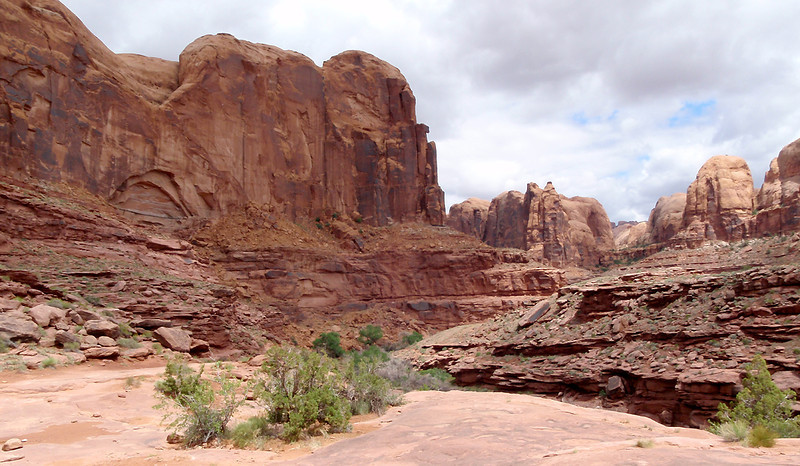 Behind the Rocks, Moab, Utah 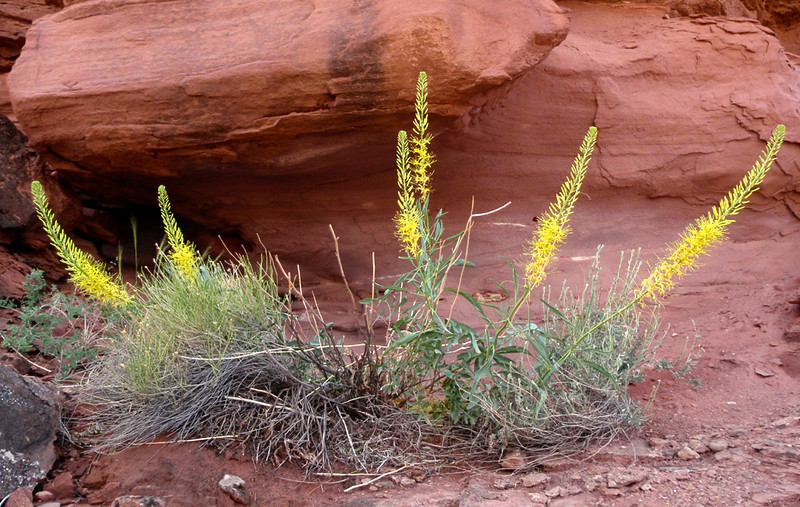 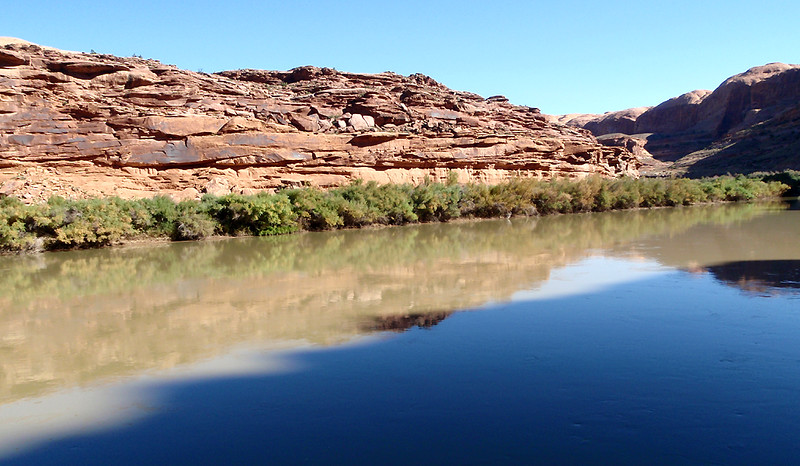 Behind the Rocks, Utah 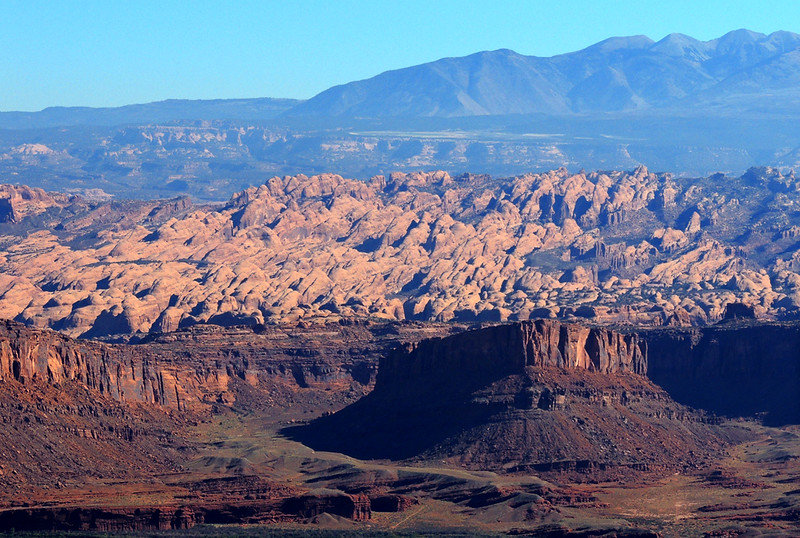 I hope you enjoyed the show.

It is winter, after all.

This is one of Snowcatcher's numerous methods of photographing flakes of ice.


And Now Some More Waterton
Currently, it's snowing cats and dogs. So, I'll share some pics from about a week ago, before the snow returned. Let's start with a patio paw-print from the illusive and domesticated Felis Catus.

This is the segment of the narrows that is always shaded.

The CT was too icy and rutted to try riding up.

The day was warming up nicely.

All I saw today was ice, snow and water — no wildlife. 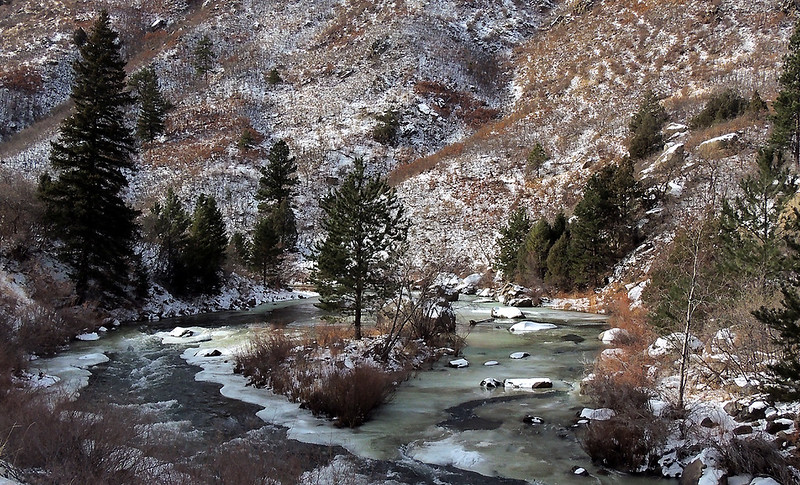 The ever elusive and now mud-splattered Snowcatcher came along for the day too.

Now I need to wash the bikes. Here are some words to live by; a clean bike is a happy bike.

More to come, I'm just not quite sure when more will be.

A Delightful Dose Of Brrrr...
Only 8-Fahrenheits greeted me at the mouth of Waterton Canyon. Later, on the return, thanks to a headwind bringing on a severe wind-chill, this may go down as one of my coldest rides in more than a decade.

We've had some snow and brutal cold over the past few days; yet, I had the day off and sought to get out of the house. Cabin fever. On the bike, approaching the mouth of the canyon, the sun appeared to be coming my way. It was but a tease, however, quickly ducking behind clouds sharing snow with those below. On the other hand, Denver Water had plowed the fluff. What remained was cold, delightfully grippy snow. Following is the rest of the tale.

Suspension doesn't like real cold temperatures. In fact, it pretty much shuts down. Engineers build active suspension lockouts into their designs. Thus, I was able to lock-out the suspension and go old-school rigid. Lockouts are also designed to blow-free when the forks are hit with a lot of force to avoid lockout damage. Moreover, the amount of force required to blow-free is also adjustable with these forks - yada, yada, yada...

For fun, I thought about boiling water so all three physical phases of H20 could be at the same spot.

Above the bank of the South Platte River, where I often find bighorn sheep, my toes, cheeks and fingertips started complaining about the cold. At this point, I'm a handful of miles from the car. It was time to start thinking about a turn-around to avoid potential predicaments should I get hurt or delayed by anything.

I turned around not far past the narrows. My fingers and toes were getting a tad cold; but not too terrible since I had a tailwind. (Contributing to the chill, I was constantly removing my gloves to shoot photos.) When I turned around into the headwind, I knew it would be a chilly ride out. My goggles and balaclava were sitting at home where they were a lot of good. So, I charged into the headwind fairly hard with hopes of generating more body heat. I needed to be careful with the latter because of the potential for hypothermia. By the time I reached the parking area, only 3-Fahrenheits were dancing about and I was quite ready to go home and get warm.

That's if for now — short and sweet.