Celebration IPA
Two months late is better than never. The snow gods finally painted us white. If you whack-off the end of the ruler right where the scale begins, it would actually read closer to 5 inches of fluff. Yes, I'm kind of picky.

This time of year, the craft breweries begin brewing their seasonal bears for the fast approaching holidays. My favorite beer to enjoy during winter solstice season is from the Sierra Nevada Brewery out of Chico, California. Their Celebration IPA is awesome. Perhaps you should give it a shot. Celebration often sells out well before New Year's.

Wow, look who rolled, or shall I say, glissaded into town. It's Dieter and Wolfgang. Or, is it Wolfgang and Dieter? Does it really matter? They're here for beer, cycling and skiing – pure and simple. I have to admit it was nice to see them again.

The wild and wooly Bavarians return. Stay tuned because who knows what will happen.

The 2016 Mountain Bike Season Keeps Goin' and Goin'...
We probably will pay for all this nice weather, come spring. Nonetheless, I'm going to enjoy it while I can. I've been hitting Deer Creek Canyon Park quite a bit because I need to brush-up on my technical skills in the rocks. I think I've been too selective on my rides. The former, plus too much road biking. Anyway, enjoy the pics. Not far from the high-point, this meadow should have snow on the ground.

The great plains meet the mountains here, along with urban sprawl. 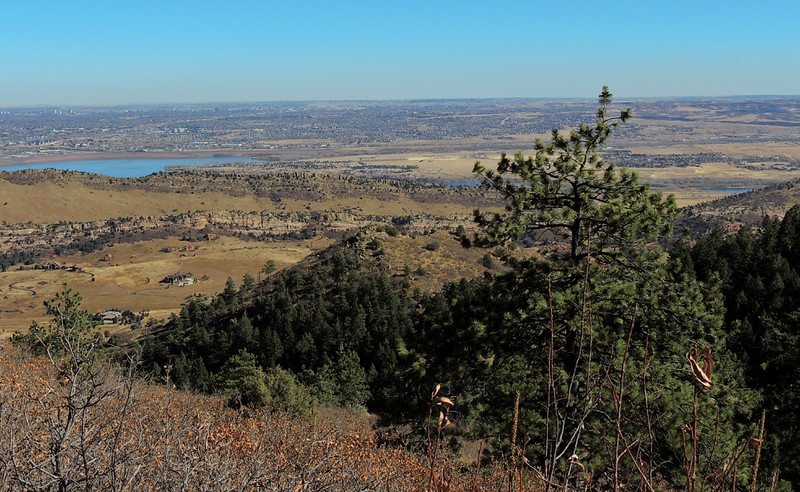 Not far away stands the mile high city and its symbiotic brown cloud.

Lower segments of the trail have the potential to be a bit wild. 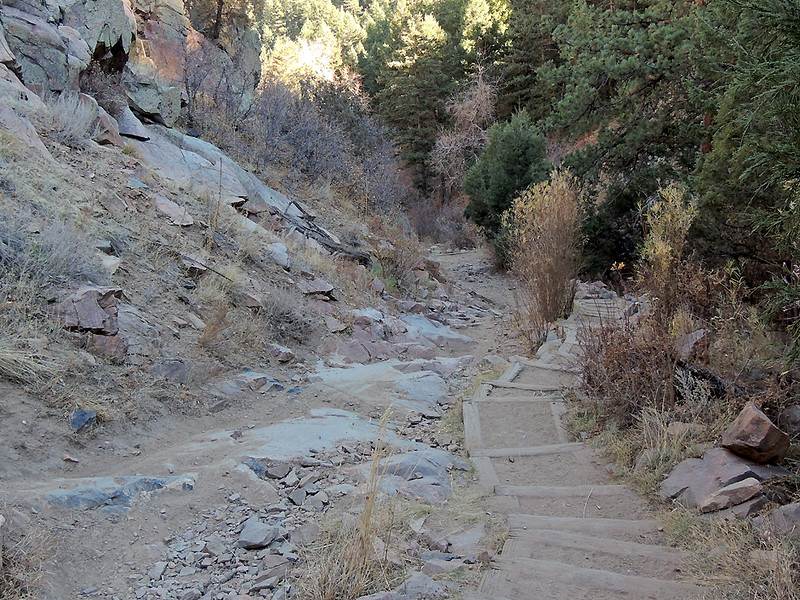 My parting shot is a plug for Giant Bicycles. Of all the bikes I've stabled, the Black Pearl takes a spot next to my 1996 Specialized M2 S-Works. The Pearl's been a great steed!

Adios
Posted by Lee Zard at 4:47 PM No comments:


I noticed a bald eagle feeding across the South Platte River from me during a recent afternoon mountain bike ride.
Pic number 1


Notice how it drops it head, then rips meat in an upward motion.
Pic number 3


Look at the little magpies trying to score some morsels of meat.
Pic number 4


Was that cool or what? The moral of this story is...

...NEVER LEAVE YOUR CAMERA AT HOME!!

I work hard and play hard.


Me, Myself and I
By
A Hatchling Without a Name
I've always had a thing for two-wheeled bikes, with or without a motor. However, my roots lie with the motorized bike; more specifically, two-stroke dirt bikes. Now that the cost of many bicycles equals or exceeds the cost of a motorcycle, perhaps it's time to go motor again. Following is a synopsis of my motorized roots.

1976
This is where it all began, Big Red Park, Colorado. When I was 15 years old, I landed a summer job as a dishwasher for the Sidestep Restaurant in Steamboat Springs, Colorado. I also took up space at my uncle's house for the summer. He was one of the top enduro riders in the state and, along with staff from the Yamaha shop and several local riders, the group put on a popular race called the Timberline Enduro. The enduro took place near Hans Peak, Colorado, north of Steamboat. Big Red Park was the staging site. The furry creature in the pic was my childhood ol' English sheepdog, Rowdy.

1977
My first race was a small, local event in Grand Junction, Colorado. At the time, Grand Junction proper was much smaller than today. I placed fourth, riding on a flatted rear tire. My head was swelling.

1977
I worked my tail off on a farm, trap and skeet range and Tuesday night league trap shoot to buy my first brand new, full-blown motocross racer – a Yamaha YZ 250. After working every day, I was rewarded Tuesday nights with play. My boss was a retired professional trap shooter sponsored by Winchester. He often let me fill-in for teams short a shooter, and I still got paid! Head swelling complete.

My moto uncle came down for my first race on the YZ 250.

Me, myself and I!

1978
Holeshot! My first hare 'n hound desert race was at an event called the 8-hour. You guessed it, an 8-hour race. It was a team race, and my uncle asked if I would like to partner with him. Guess what I said? The start was a dead engine start with about 50 teams lined-up. The first turn was about a half-mile away.

I was a "hefty" 155 pounds, soaking wet. My uncle's bike (rules called for only one bike shared) was a Yamaha YZ 450. Back then dirt bikes were two-strokes, and the 450s and 500s were immensely powerful. For the dead engine start, I stood on a milk crate to kick start (no electronic starter then) the big-bored bike. Well, to make a long story short, I was the first bike to the first corner, known as the holeshot. When I realized where I was, heaps of adrenaline kicked in, and I just held on. Little did I know the dust gods had a surprise waiting several hours out. 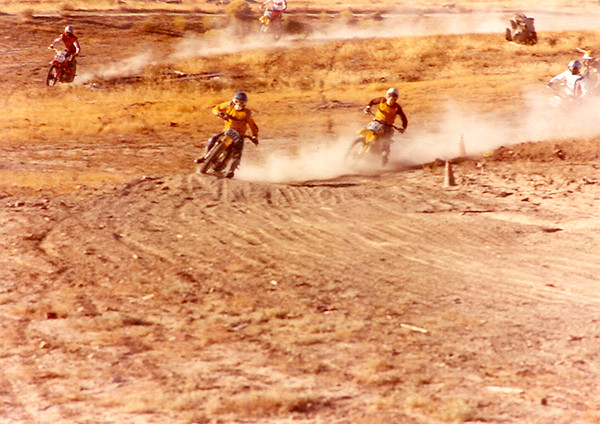 With one lap down, the bike took on petrol, and my uncle took the cockpit.

I was starting lap three and an hour away from severely breaking my collar bone. Surprise! 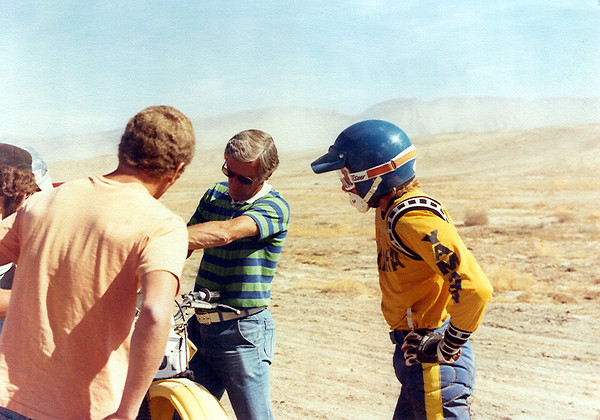 Me, myself and I; letting the good times roll! 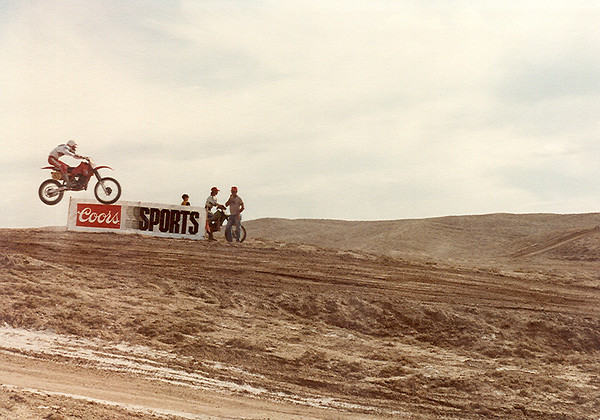 I often reminisce about those whirlwind years. Where did the time go?

Get It While You Can!!
All photos courtesy of Black Bart, my smart phone.

Following are more autumn mountain bike pics from Chatfield State Park and Deer Creek Canyon Park. Get it while you can because snow and ice will soon limit any riding. I'll start with Chatfield's yellow leaf road with a bike...

Exquisite singletrack exists at Deer Creek Canyon only after a steep, rocky, brutal and grueling ascent to the Plymouth Creek Trail.

The mile high city of Denver, Colorado, sprawls in the background.

We've had a beautiful and extended fall riding season.

A catch-your-breath moment before resuming the climb.

A lot of spots are a bit too gnarly for a hardtail bike. The drop from the large root is about 3 feet.

Fall is definitely in the air. 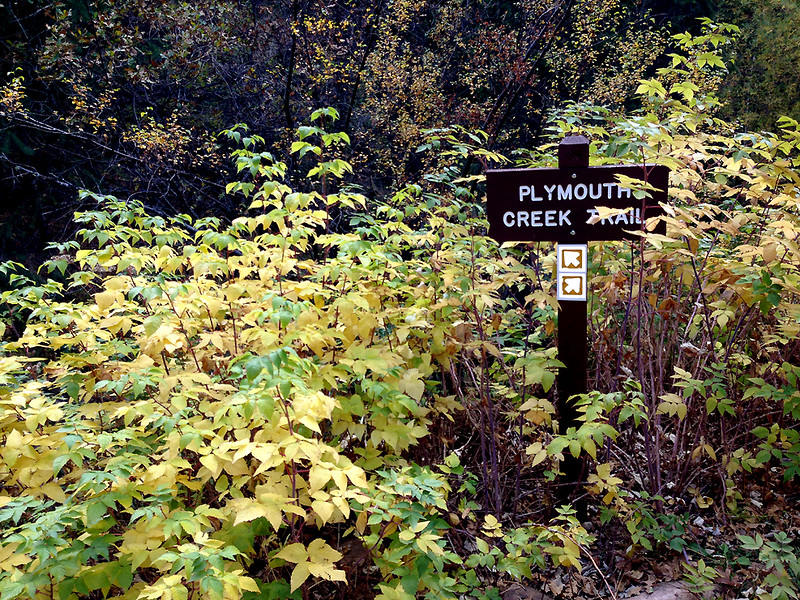 That's it for now. I'm not sure what's next on the docket.