Coming to Life
Hi everyone, I think spring has sprung. The bighorn sheep — both ewes and rams — are lounging together. Other reclusive ewes will soon be showing off reasons for being solitary in the form of little newborn lambs with doey wide eyes full of wonder. Rattlesnakes are sunning themselves. The ubiquitous anglers are infiltrating Waterton Canyon. And, more and more cyclists are enjoying the warming days. Following are several rides worth of pics. I hope you enjoy them.

Beautiful and toxic, all in one package...

Classic singletrack zigging and zagging through the forest... 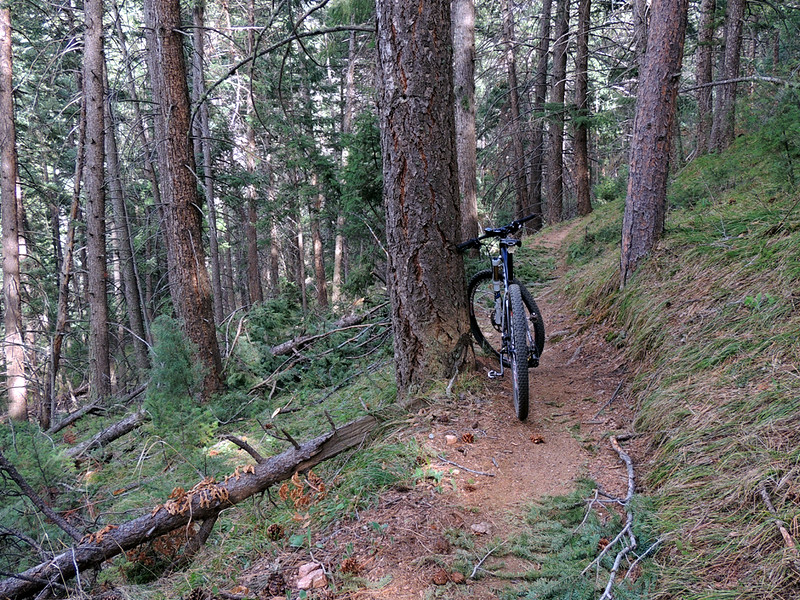 Always be on your toes...

Lay It On The Line
Hi, people! Lay it on the line doesn't really have anything to do with the ride. I just had the old Triumph song from 1979 on my mind. You can listen to it here. On to business at hand. Ever so slowly we are getting our cycling legs in tune. This past weekend we did a half road and half mountain bike ride for about 40 miles. That's not far, but not too short either. The mountain bike was used for both legs of the trip. Moreover, I have spring fever something terrible. We've been able to get out quite a bit, and I pulled some older helmet cam videos for fun.

Our ride was good, although my toosh was sore from the previous day's ride. We saw a lot of bighorn sheep (as usual) while in Waterton Canyon, with some good-size rams. On a side note, we're also playing with food. I can hardly get down and stomach an energy bar these days. Instead of high-dollar energy foods, we're drying our own fruit, thanks to Snowcatcher. The day's snack was apple and peach slices covered in cinnamon. The cinnamon dries into the fruit. MMMmmmmm...

I turned around at upper Lenny's Bench. It was down to the flats now. I don't write much here as I'm always writing about Waterton Canyon and surrounds. I'll talk about several things along the trail. The Chatfield area had a surprise or two.

This little character had some nice markings.

The last of the snow was going, going, soon to be gone!

This is a bull snake; rattlesnakes are on their menu. This particular specimen would stretch out to 4 or 5 feet.

That's it for now. Thanks for reading and viewing!

Ride Weather Reminded Me of Oregon Mountain Biking
Yesterday (31March17) was the usual Waterton Ride to upper Lenny's Bench; then around the Roxborough loop, which is now thawed-out, at least until the current storm gathering. I had hoped to beat the forecasted storm. However, it captured me about halfway around the loop. Approximately half of my ride was in the wet.

I attended graduate school at Oregon State University located in western Oregon. It's wet and misty in the winter, and Waterton Canyon yesterday was the epitome of that area. Enjoy the following pics. The first is the storm slowly working its way out of the Front Range about 45 minutes before capturing me.

We're expecting freeze with snow tonight, so the blossoming leaves may be kaput for a while.

I was halfway up the canyon and still mostly dry. 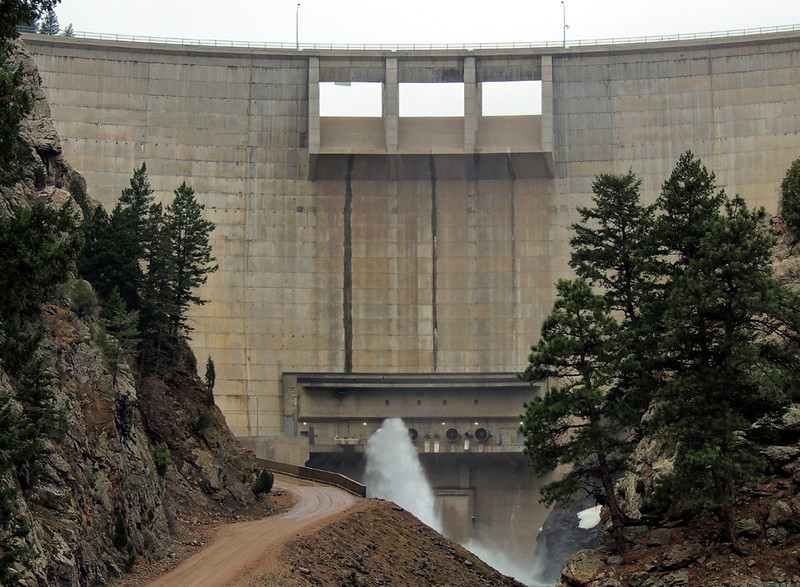 Overheating, I stopped to shed some layers.

At the trail's high point, the clouds were descending and wafting throughout the forest.

There is a fair amount of blowdown this year. 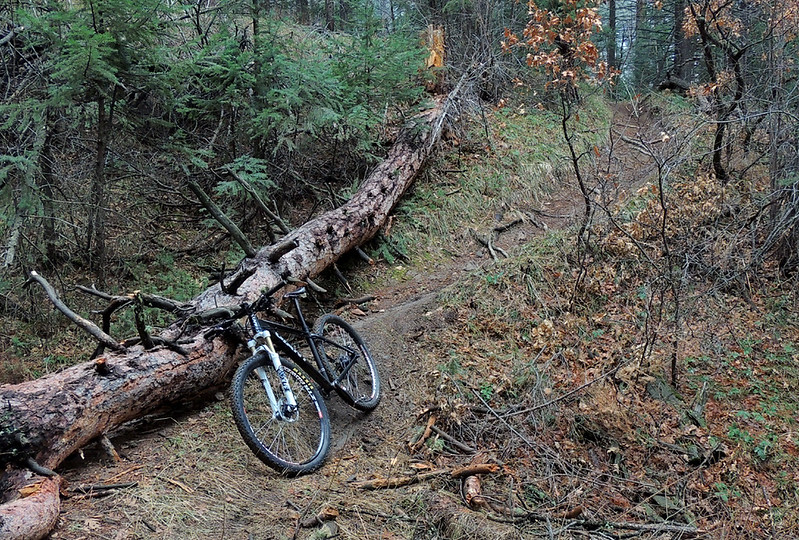 The singletrack is pretty good through here.

The concluding pic is of the down, down, down drop to the South Platte River at the Strontia Springs dam.