Christmas Eve 2016
One week ago we finally received some additional snow. High temps had to struggle to reach single-digits, and lows crept dangerously toward minus 15 Fahrenheit. Then, as often happens, we received high temps in the mid- to upper-40s along with a massive melt over two days.

This allowed me to venture up Waterton Canyon on the Black Pearl until the snow and ice brought me to a slippery crawl. The canyon has been sporadically open for the last several months while an upgrade to a water diversion dam and tunnel has taken place. It may be seen in the background. The canyon's resident bighorn sheep were out and about, too.

There is a short length of access road in the frigid "narrows" that receives zero sun this time of year.

The Strontia Springs Reservoir dam had a cold silence to it, as if dormant.

One of the larger rams has a fresh battle scar on his left horn. When I first started riding this canyon, there were four massive rams. I named them Gigantor, Broken Horn (part of his left horn was gone), Mutt and Jeff. They were always together. They appear to have disappeared in recent years. I do see some hints in the current lineage of larger rams as to who fathered whom. But the big four are no more... sniff, sniff.

Riding Joint Trails 1776/800 to their separation was my plan for the day.

The lodgepole pine (Pinus contorta) forest was dark and gloomy at its entrance.

I didn't get much farther up the trail due to snow and ice, primarily the latter.

Below is a pinwheel; it's the result of dry snow (last week's cold snow) becoming wet for the first time (current warm temps). In an alpine setting, such as backcountry skiing, pinwheels are indicators it's time to get off the steeper slopes. Pinwheels often cover an entire hill slope. Pinwheels are mostly seen in higher altitudes in late March and early April when mountain snow conditions are changing from winter snow-pack (cold) to spring snow-pack (wet).

It's green, green, green... It' amazing how resilient forest understory is to snow and cold.

Shortly after my turnaround, I was back on the service road and heading down. 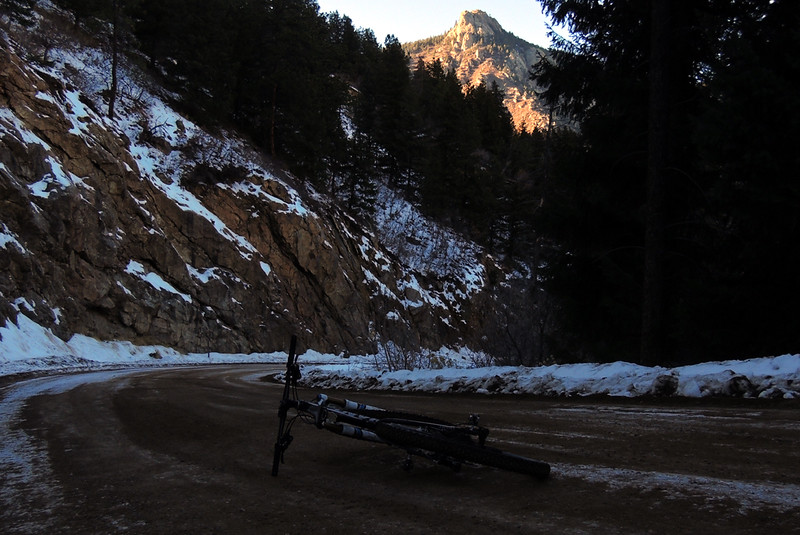 These medium-sized rams look tired; perhaps a bit dejected because the larger rams are getting the girls!

As the sun retires, so too does the temperature.

Well, there you have it! Thanks for sharing my Christmas Eve.

Merry Christmas!!
Posted by Lee Zard at 12:30 AM No comments:


Mountain Bike Magic
Anytime you can ride your mountain bike this far into December is magical. I was in shorts yesterday (15 December 2016). Tomorrow we're forecast for snow and a high of around 8 degrees Fahrenheit. Go figure! Nonetheless, the following pics may be the last for 2016. Happy New Year's early from the surrounds of Chatfield State Park. Let's start with one one of my favorite haunts – Waterton Canyon.

I had the trail, and magic, to myself.

You must watch-out for magical organic speed bumps.

The silence, can you hear it? It's magical!

Thanks for another year of magic!


It's Movie Trilogy Season
Finally! We have cold and snow approaching. It appears Pearl Harbor Remembrance Day will sport a high of 17 and low of -5 Fahrenheit. We may roll out of bed early Thursday morning to minus 11. That's cold enough to officially begin movie trilogy (or greater) season. Snowcatcher and I do not watch television and do not subscribe to a tv plan. However, we still have a television screen and dvd players. But before I list favorite trilogies, here are two recent non-trilogy movies I've enjoyed – Martian and Interstellar. I recommend both. 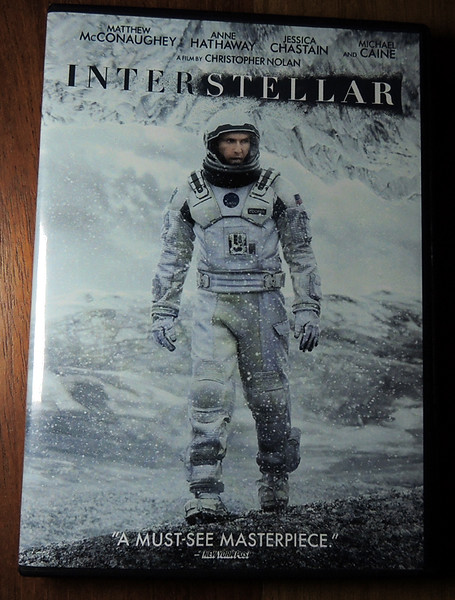 As mentioned in previous posts, I'm a big Clint Eastwood fan. A movie I found myself watching several times over the past year was 1968's Where Eagles Dare. This action classic takes us behind WWII enemy lines with Richard Burton and Clint Eastwood. It's a fun, action-packed movie.

During the Christmas season, I also pull out a short but good video featuring portions of a Trans-Siberian Orchestra concert. I guess you could call it a rock opera. If you like electric guitars, a classical string and wind section and classic Christmas music, I bet you'll like it. Better yet, attend a live concert of Trans-Siberian Orchestra. Their concerts are energy-packed and nothing short of awesome.

I think most of us have seen some, if not all of these films; I'm not going to do a write-up or review. I'm just listing a handful of fun films. Therefor, in no particular order, let's start with a trilogy of which I never tire...


Lord of the Rings

The Desolation of Smaug

The Battle of the Five Armies


Planet of the Apes


Back to the Future