Boo, Hiss, The Days Are Getting Shorter

I've been getting in some nice evening rides. Following are some recent pics of the Waterton area. No dialogue today; you know the drill. Enjoy! 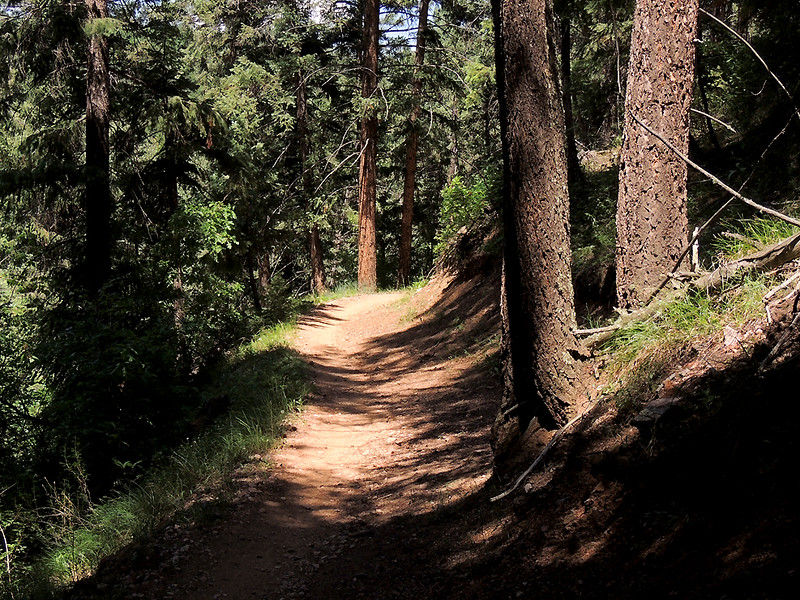 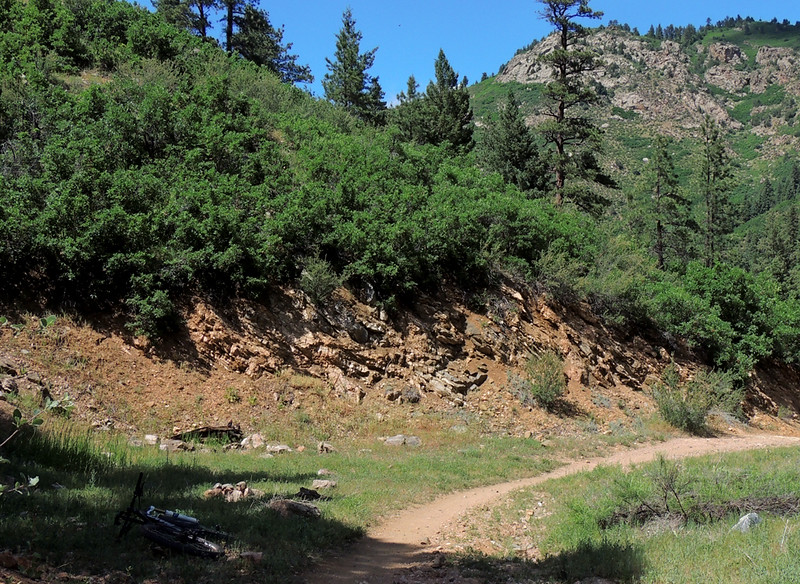 Adios
Posted by Lee Zard at 4:02 PM No comments:

A Beary Fruitful Morning
Snowcatcher and I visited Waterton Canyon again. We like to ride there whenever we get the chance. Much is coming to life now, including numerous flowers, rattlesnakes, bears and bighorn ewes and their spring lambs. It's actually quite common now to see bears in the canyon.

We had a bit of an encounter this particular day as a bear dropped in on us. As Snowcatcher was taking photos of a massive congregation of butterflies, I noticed a bear rounding the corner about 30 feet from us.

I slowly picked up my wife's bike and started rattling off stuff like, "c'mon Deb, let's go." "Hey, Deb we need to back off a bit." As the cinnamon-toned bruin ambled closer, my sphincter tightened and my "hey, Deb" became "HEY, DEB... LOOK..." About the same time, the bear definitely noticed us and slowly angled away toward the South Platte River until a cyclist riding the opposite direction spooked it back toward us. As Snowcatcher fired off some photos, another cyclist heading our direction stopped and Yogi plodded up on the road-cut. We, the humans and the bear, stared at each other for a while. 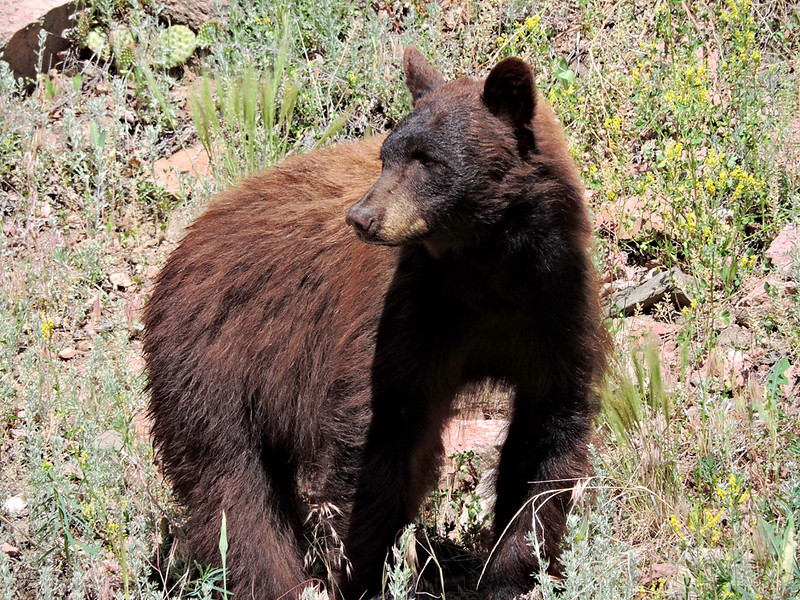 In hindsight, I think the bear only wanted to get to some water and we continued to show-up on both sides of it. After about 5 minutes, it ambled on up the ridge out of sight. We usually see the bears in the fall filling up on nuts. The bear shots are courtesy of Snowcatcher Photos. After the excitement of the morning, we eventually reached the start of the Colorado Trail singletrack.

It was hot and humid and nice to be in the forest shade.

There's quite a few of the following in bloom.
Scarlet Gilia (also known as fairy trumpet)
Ipomopsis aggregate ssp. formosissima

Western Spiderwort
Tradescantia occidentalis
The flower closes during the hotter part of the day.

This is the view down river at lower Waterton Canyon.

Iris bloom along the route. I don't know if they're wild or if somebody planted bulbs.

There's another ride in the books. Thanks for reading.

Adios
Posted by Lee Zard at 1:24 PM No comments:

Green... Green... Green... !
With 2016 vacations in the history books, it was time to visit some old friends — Waterton Canyon to Trail 800 and the Colorado Trail. All new and shiny, the oak brush has greened up nicely.

Strontia Springs dam appeared to have a normal release of flow on this day. For its small size, the dam can be quite impressive when the upper spillway is flowing and the lower release gates are also fully opened. 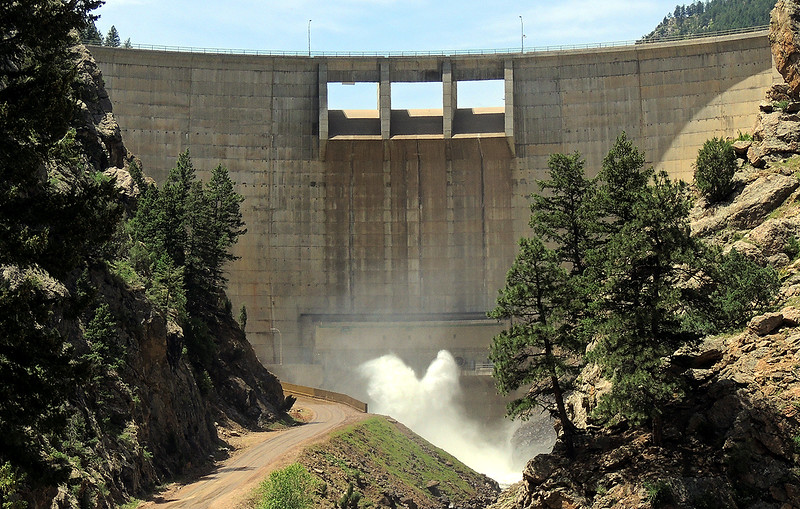 The forest siren beckons me on. As usual it's impossible for me to ignore. 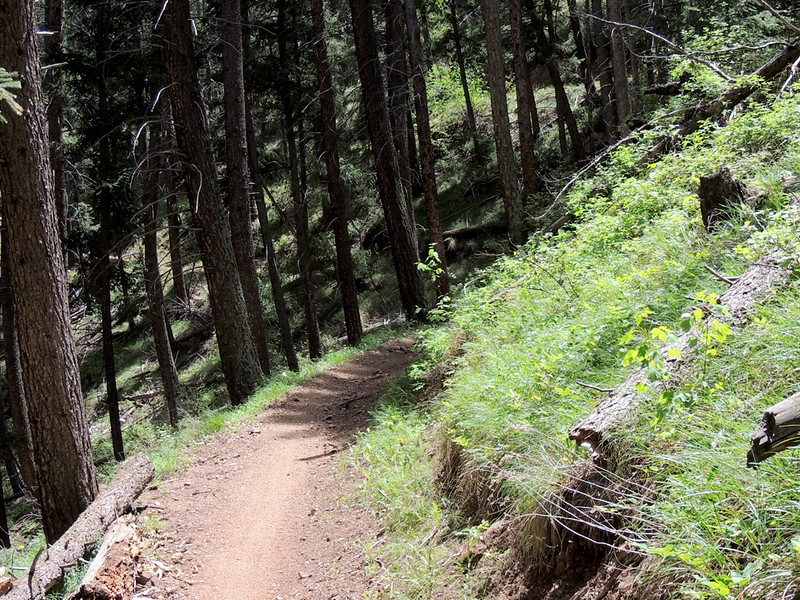 The eastern start of singletrack on one of my favorite trails — the Colorado Trail.

One of the joys of Waterton Canyon is year round access to the beginning of the Colorado Trail. 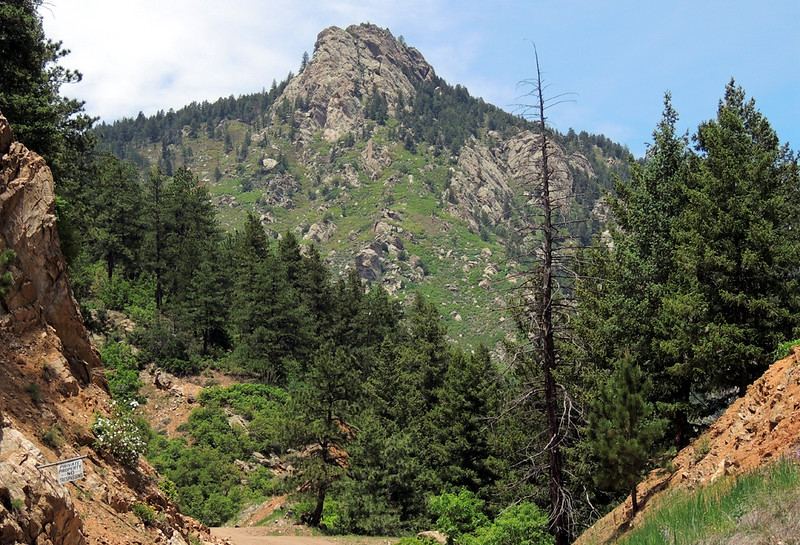 My better half goes to work in a patch of vibrant iris. 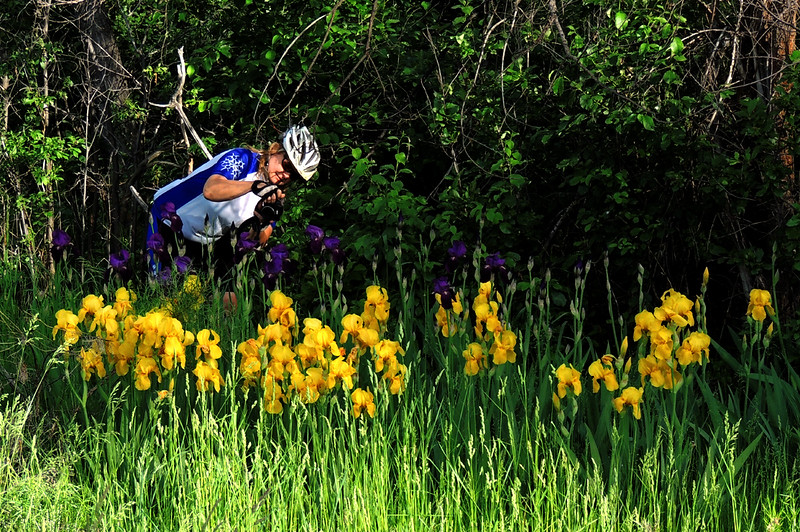 Thanks for the visit! 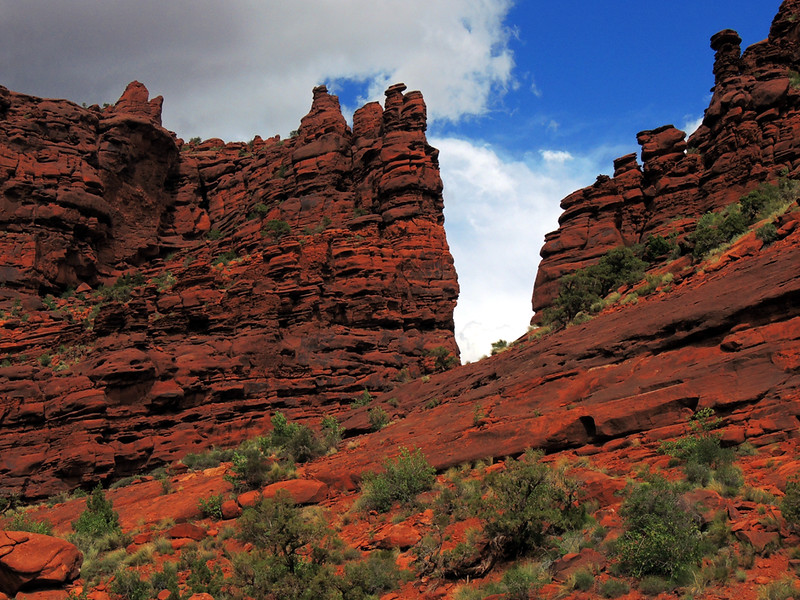 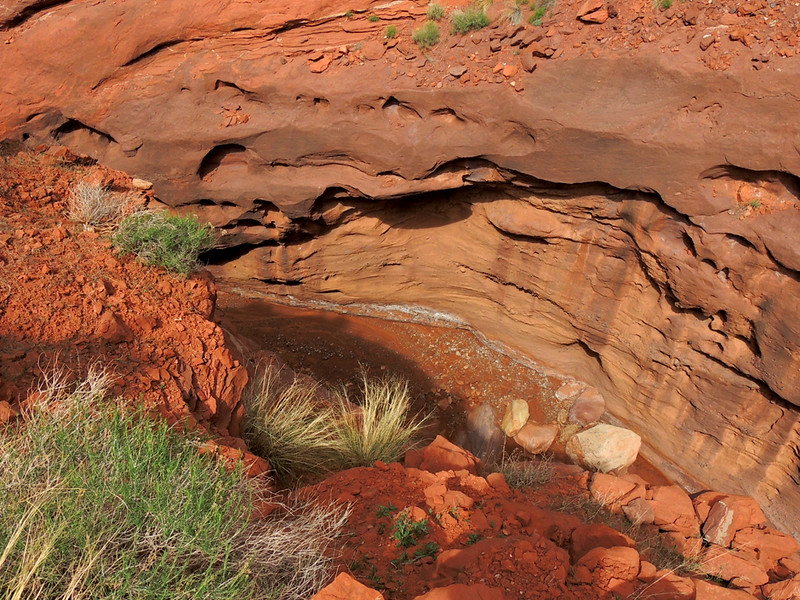 Towers from left to right: Mongoose and Sari (yes, they are climbed)

Above a hidden canyon 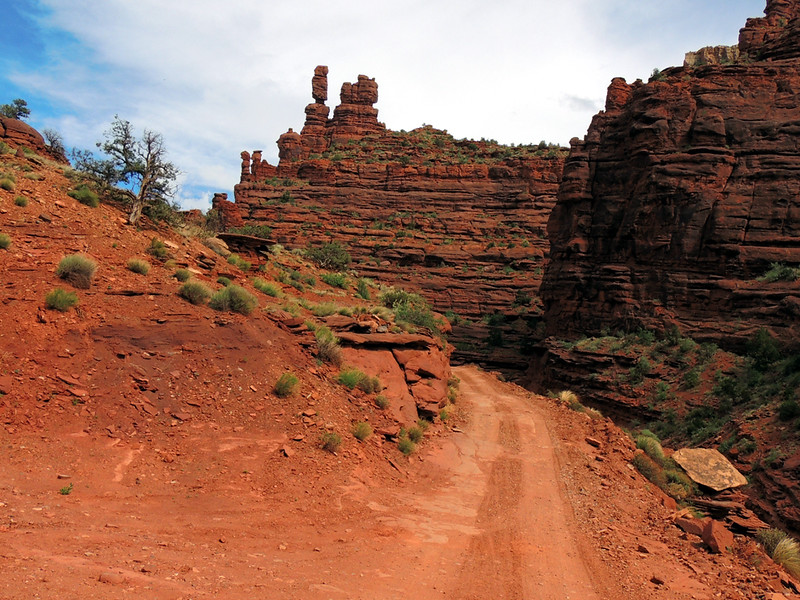 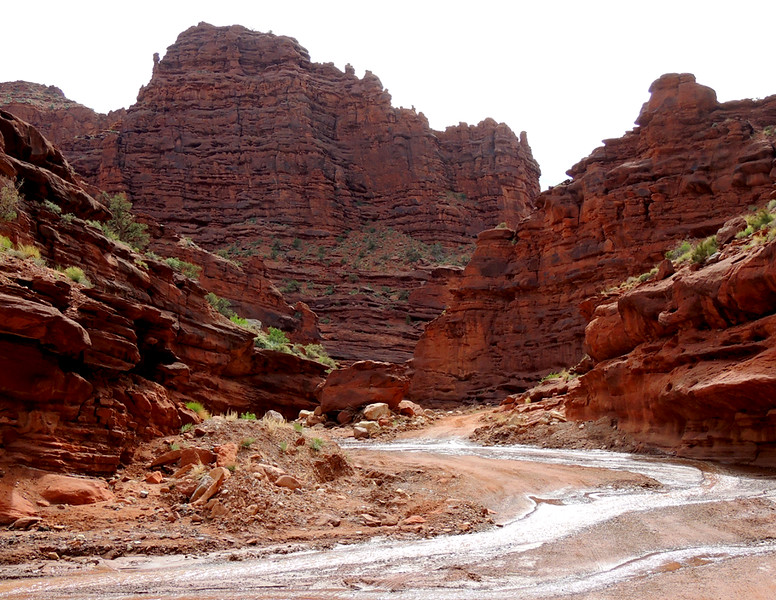 Hindu (yes, it is climbed) 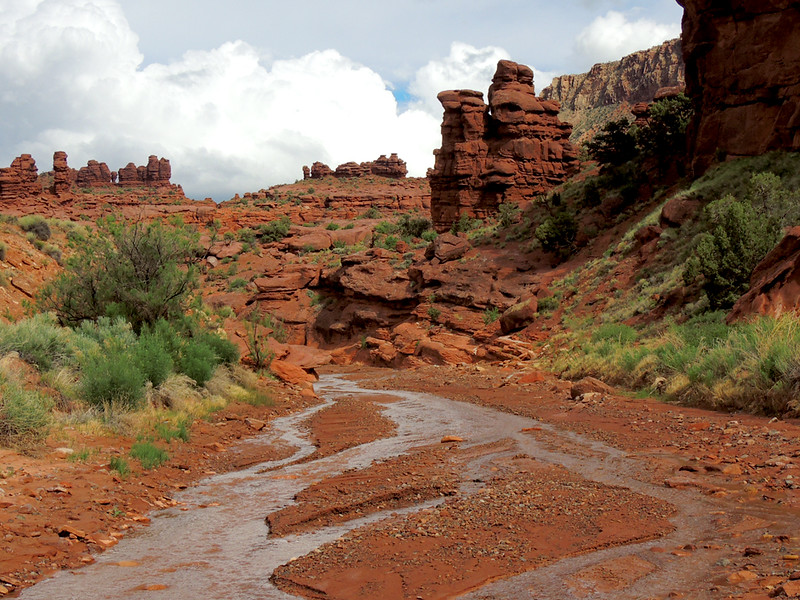 Prickly pear about to blossom... big-time