Tierra del Encanto Parte Dos
Welcome to part II of our trip to New Mexico for the Santa Fe Century bicycle ride. After the ride I enjoyed a cold libation while waiting for Snowcatcher. After we hooked up, we grabbed a bite to eat, swallowed some hermit pills, and withdrew into our cozy shell of a room. The following morning we were heading back to Colorado. However, we wanted to visit several places along the ride route, including Madrid, before leaving. 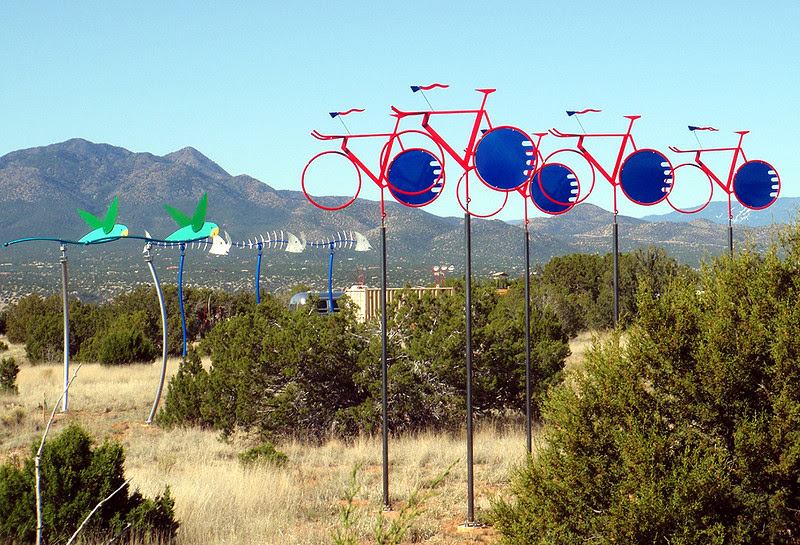 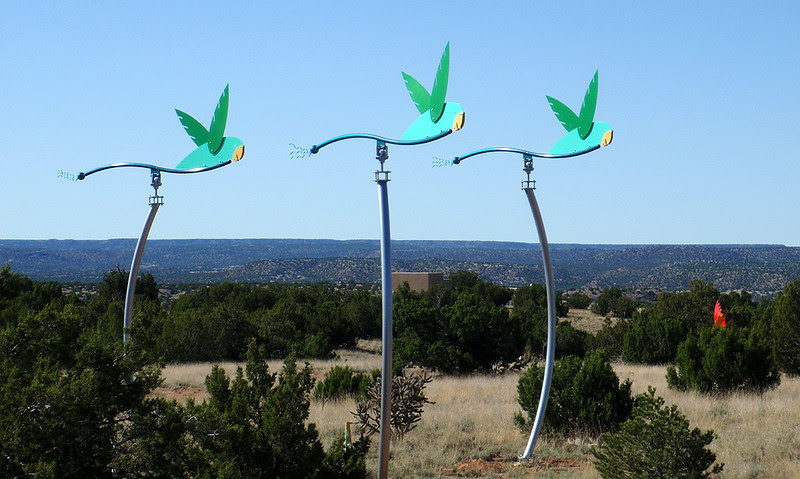 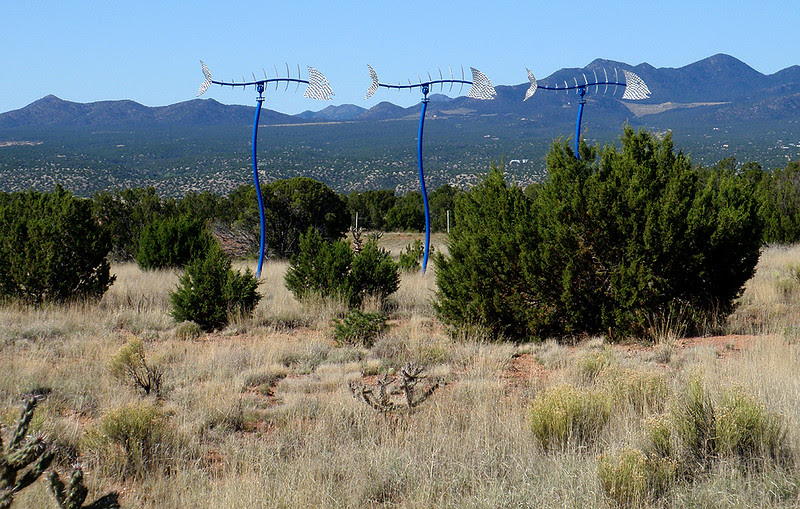 I thought the wind vanes were kind of unique. 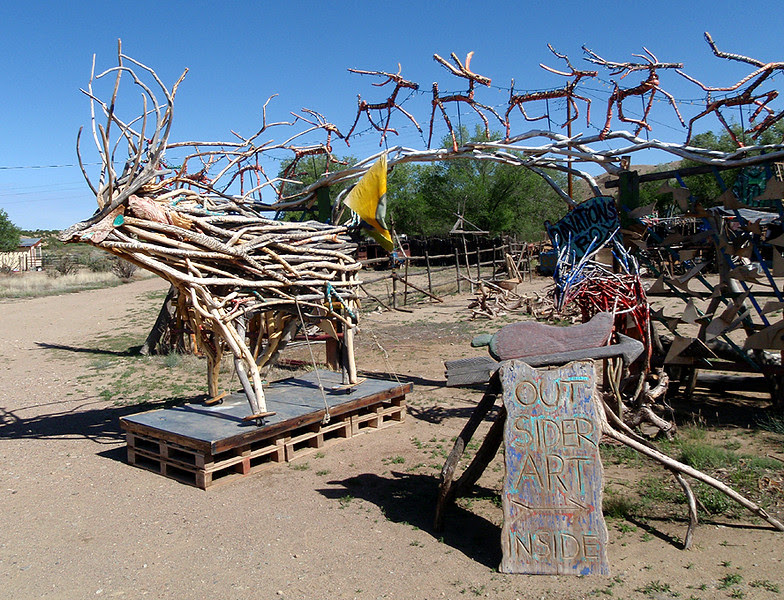 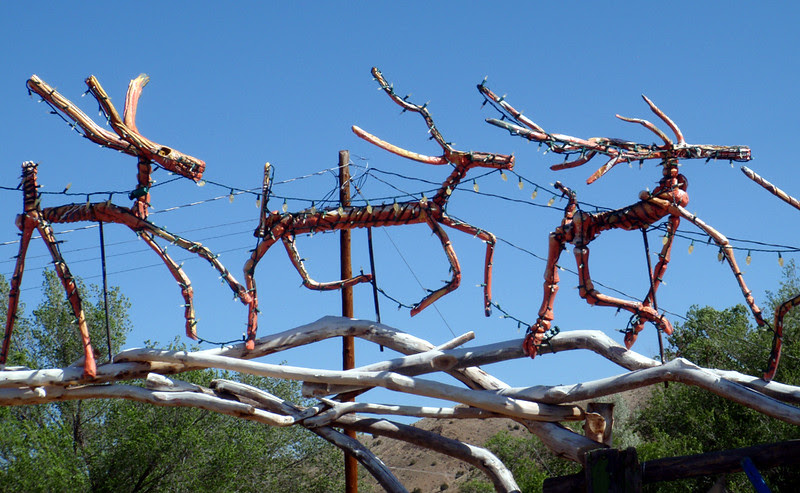 I would like to see the above illuminated during the Christmas season. I bet these hills could tell some tales. Think of what they have seen over the centuries. If you like southwest and four corners history, including early anglo exploration, the following book is a good read. 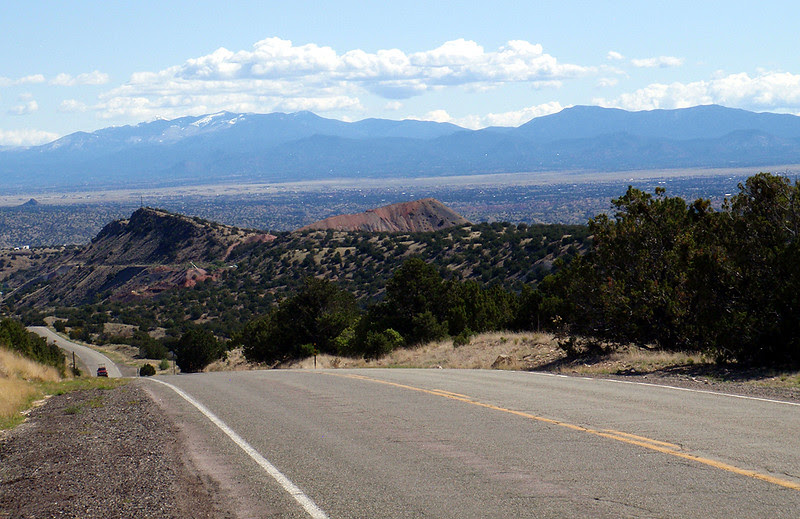 I'm looking across Madrid toward the northern Santa Fe area and the Sangre de Cristo Mountains from below the summit of Stagecoach Pass. 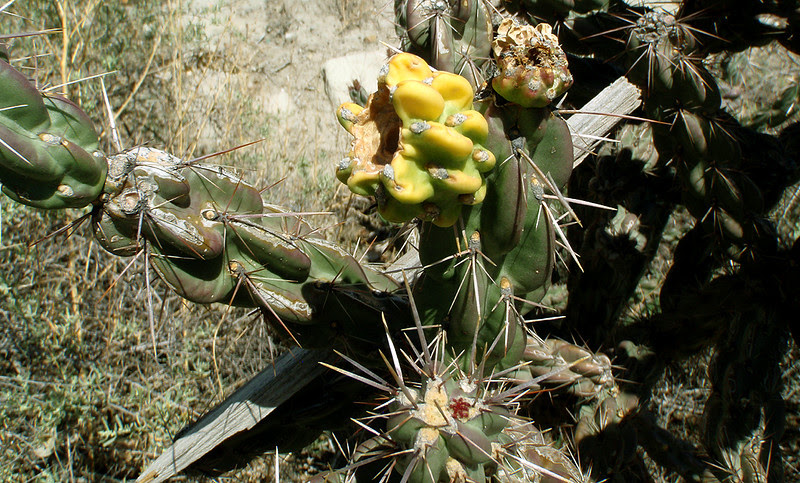 A blooming cholla enjoying the spring. 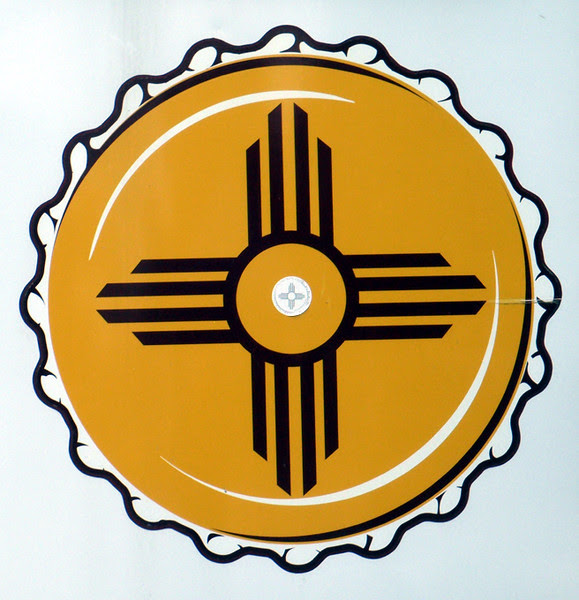 Above is a picture I took of a Santa Fe Brewing Company drawing of a bottle cap that was on the front of their beer wagon. The figure on top of the cap is a Zia. The Zia probably is my favorite symbol. You probably noticed it on yellow flags in part I. To the Zia Indians of New Mexico, it is their sacred symbol of the sun. It's a circle with 4 rays pointing in 4 directions. The number 4 is a sacred number embodied in the following.

The symbol may be found on the Flag of New Mexico, the design of the New Mexico State Capitol, the State Quarter, state license plates and state highway markers. It's seen on numerous other objects.


Well, that's it. The Zia concludes this post. Thanks for reading. I have a lot of stuff coming. Stay tuned.
Adios
Posted by Lee Zard at 12:30 AM